The first one is the poker I’am using as the header picture on Baccy Pipes ,

My latest addition to my American factory made poker collection is a Heritage Heirloom made by Kaywoodie. They were made during the 1960’s and production stopped in 1970. Heritage Heirlooms were Kaywoodie’s high end pipes headed up by an ex-Dunhill employee name Stephen Ogdon. Something like only 1 in over 300 pieces of briar was good enough to use in the Heritage Heirloom line. They used top of the line Para rubber on the stems and all briar was seasoned well, before being made into a pipe. Here is part of a brochure about it. 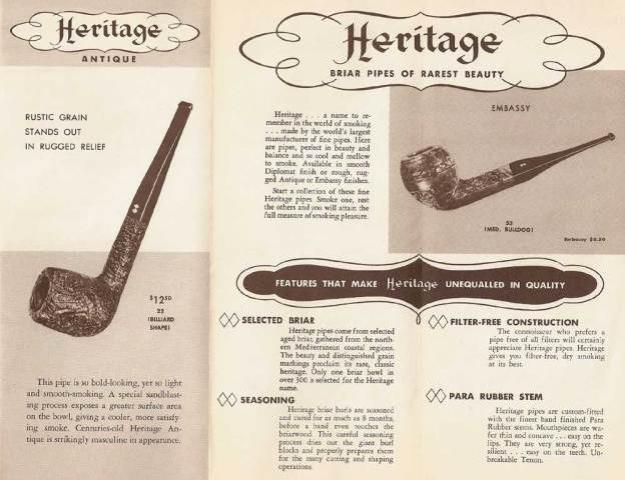 Here is another part of the same brochure with the 02 poker shape shown. 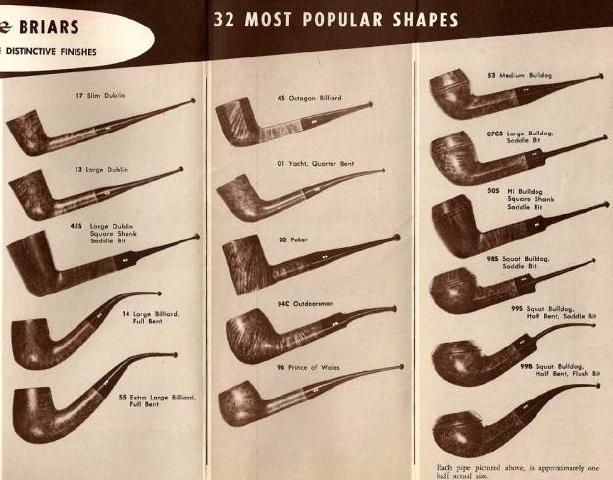 I purchased the Heritage Heirloom from a fellow member of the Dr. Grabow Collectors Forum. The pictures I saw of it truly did not do it justice. When I got it in hand I was amazed at the excellent condition the pipe was in. Other than the stem being oxidized I could not see any issues at all with the pipe. 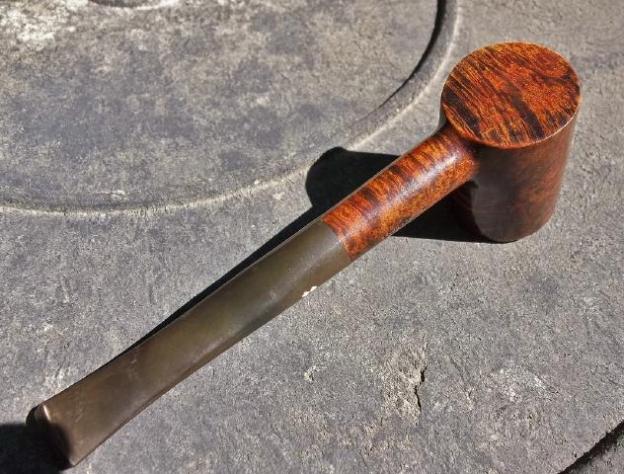 The pipe was barely smoked and still had raw briar showing in the bowl. It looks as though someone stated breaking in the pipe with quarter bowl increments and stopped after the second bowl. 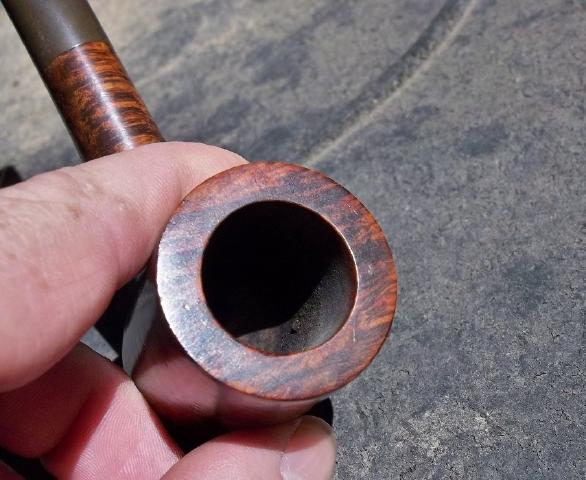 The pipe needed very little work. There was not heavy tar to clean out of the stem or shank so just a light swab with a pipe cleaner was all that was needed. I soaked the stem in OxyClean then scrubbed the top layer of oxidation with a green pad and wiped the bowl down with a cotton ball damp with Dawn soap and warm water. I wiped it dry with a clean paper towel. 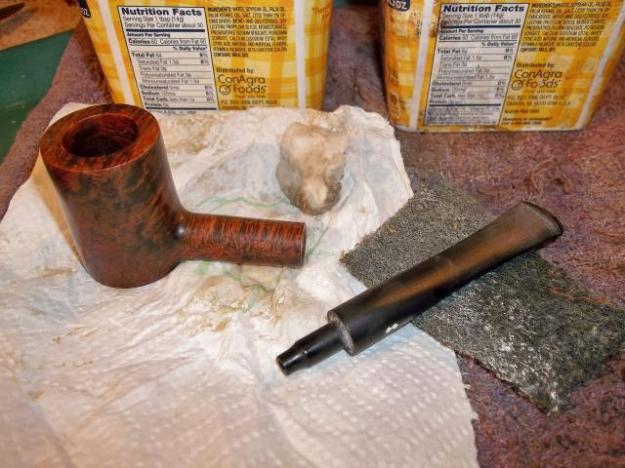 I gave the stem a light sanding. 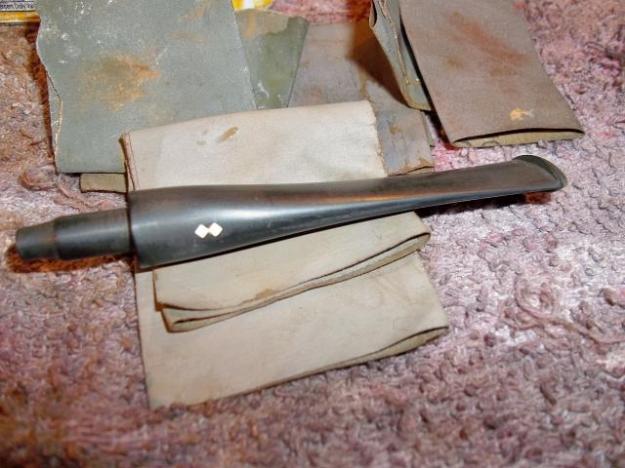 Afterwards I gave the pipe a good wipe with mineral oil and wiped it dry with a clean cloth for the next step of a light buff and wax. 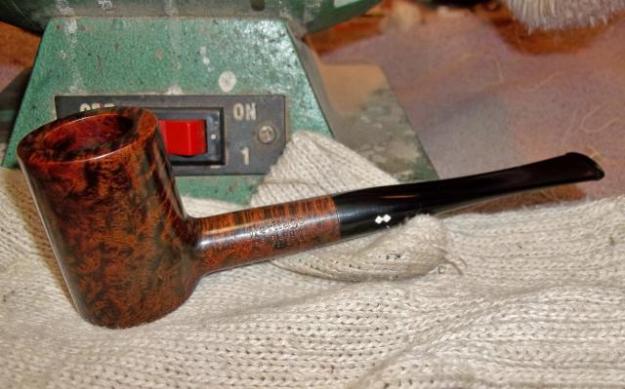 Here is The finished pipe. 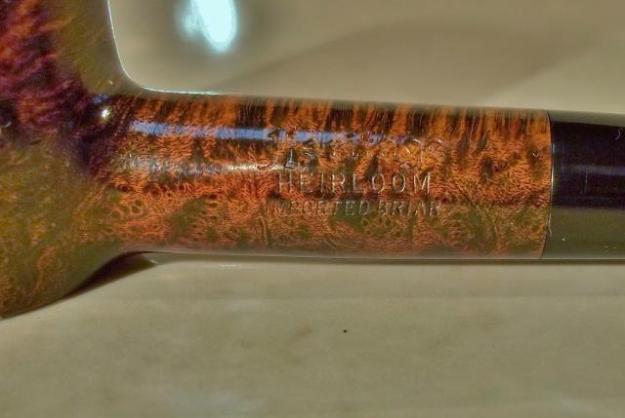 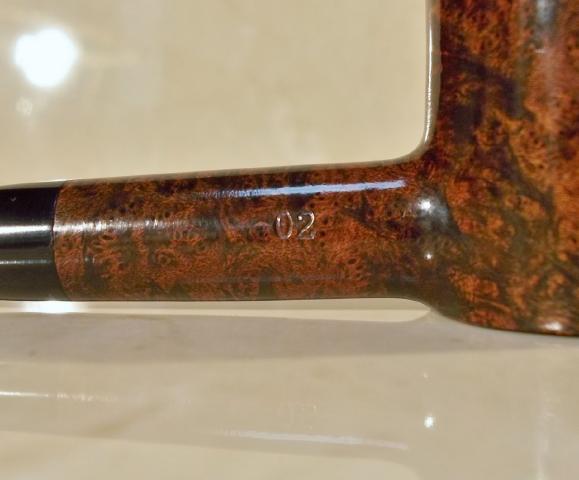 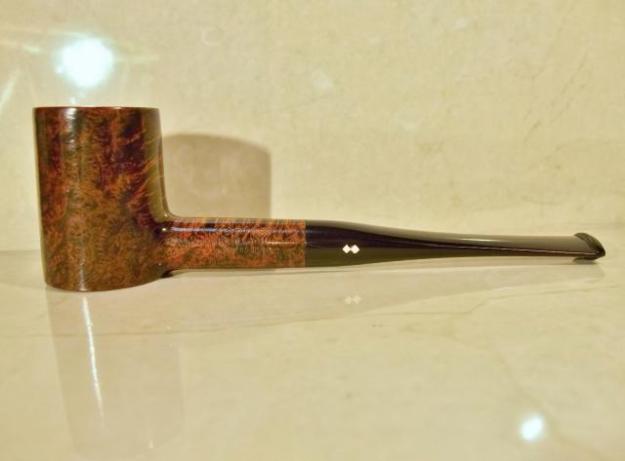 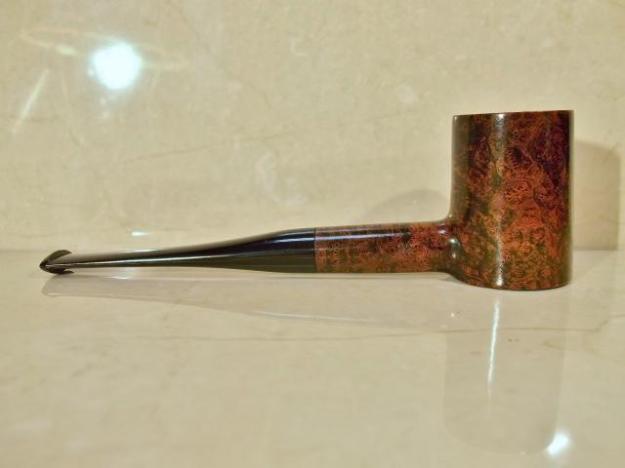 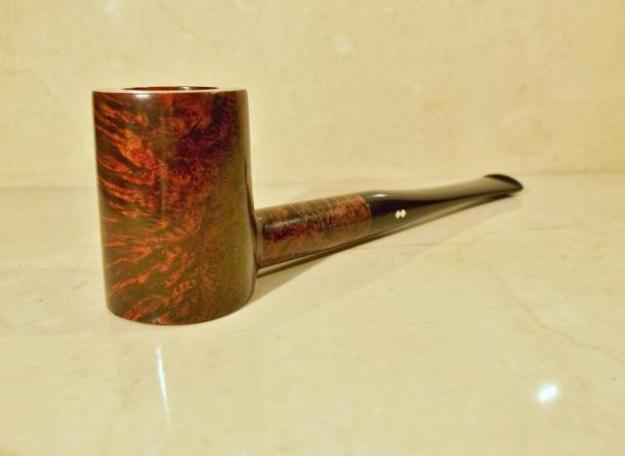 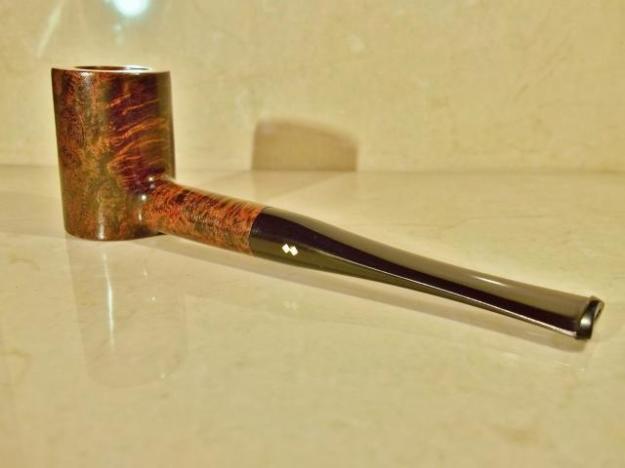 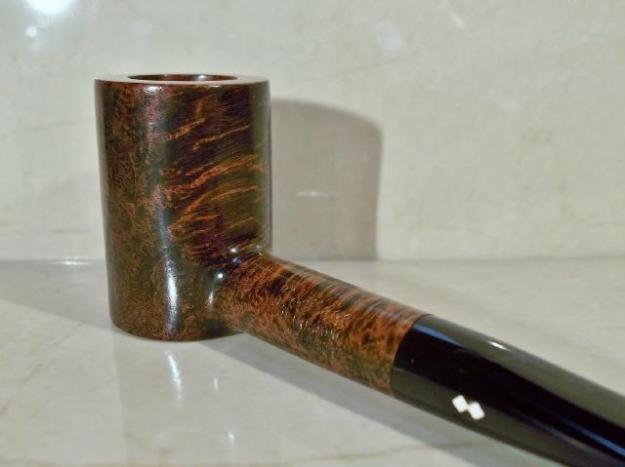 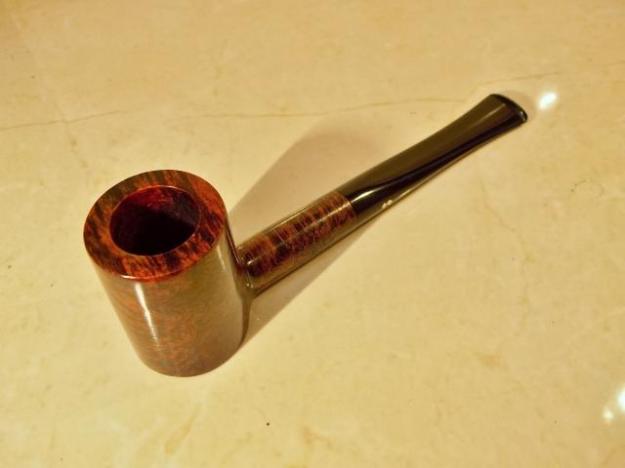 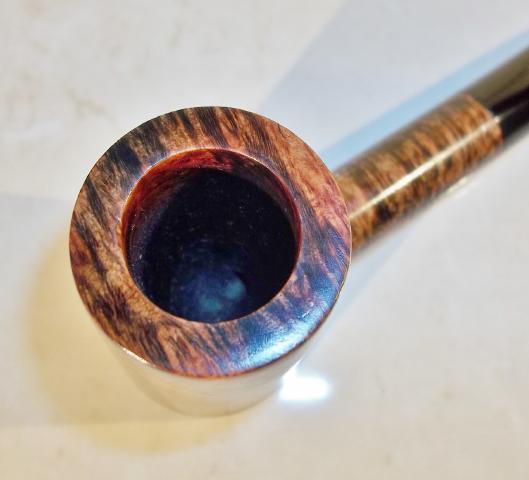 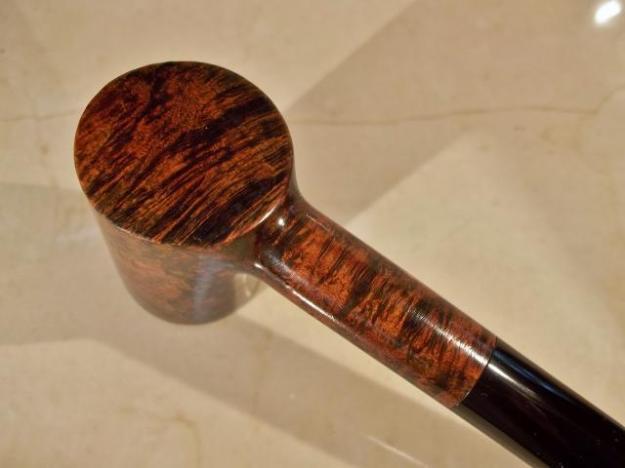 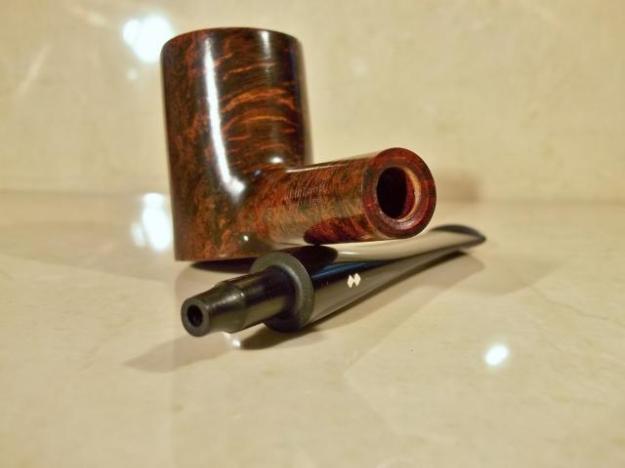 I have smoked a full bowl out of it since I finished it and it’s a very fine smoking pipe that will only get better with some more seasoning and cake. 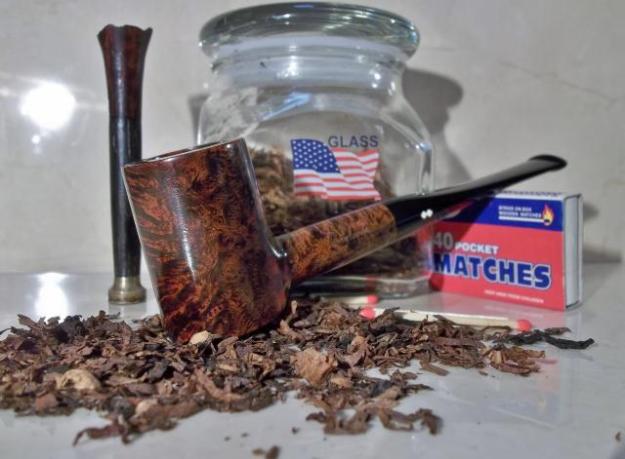