I picked up this old Linkman  green spade Ringmaster from Al , a online friend and fellow member of Dr. Grabow Collectors Forum.

I saw the pipe in his Etsy store , not having a Ringmaster in my collection and or a Linkman tri-shank model i thought i would be a good next project. I contacted him and  a deal was struck.

Check out Al’s store sometime ,he has a ever changing inventory of  nice old  project pipes at good prices.I have gotten a few pipes from him .

The pipe as it arrived to me . 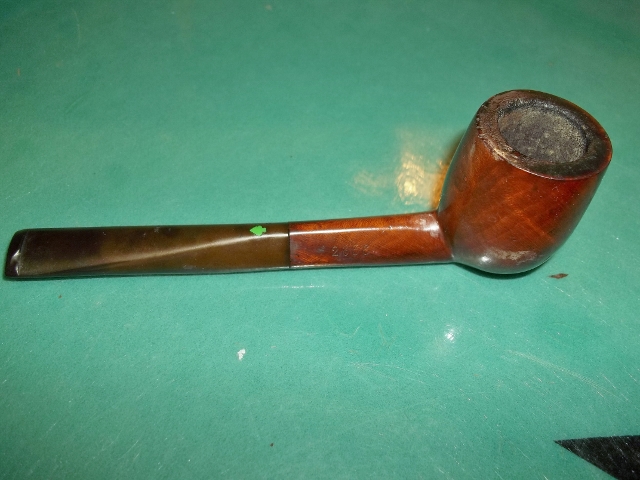 Seems AK owned the pipe . If you are looking AK , i got your pipe.

While waiting on the pipe to arrive i did a little research. I could not find the shape 56 on any of the old Linkman/Grabow charts making it a rare shape.The only 56 model i could find was a 56A  ( regular shank billiard with saddle bit).Its also has the lack of Linkman  or Dr.Grabow stamp on the pipe . Its simply Ringmaster/ Italian Briar.

I could not find much information on the  Linkman Ringmaster line . No advertisement’s  at all that i could find.From reading old post on DGCF  i found out Linkman collector’s seem to think the Ringmaster pre-dates the  use of the Dr.Grabow brand name and could have been made up until 1955 along side Dr.Grabow models.My guess is my pipe is most likely early to mid 40’s-1955.

It seems early Ringmaster’s had white spades , screw in tenons with Linkman or Dr.Grabow stamping and started with a 5000 series number. My thinking is (smell the smoke? ) that at sometime they made the Ringmaster a Linkman/Grabow second . The spade was switched to  green , the stem was replaced with a push in with removable stinger. The Linkman/Dr.Grabow stamping’s were dropped as well. The Ringmaster was then giving the 2600 series number like this one. That’s my thinking anyway . If anyone has any additional information on Ringmaster models please feel free to correct me or post in the comments.

Being a uncharted rare shape with maybe only a handful remaining i decided to just give the pipe a good cleaning and do just what was necessary to preserve the pipe as it is. Only doing minimal repairs.

The pipe was actually pretty clean with little cake build up and tar build up in shank. I let the stem soak in 91% ISO for cleaning and too loosen up the removable stinger. 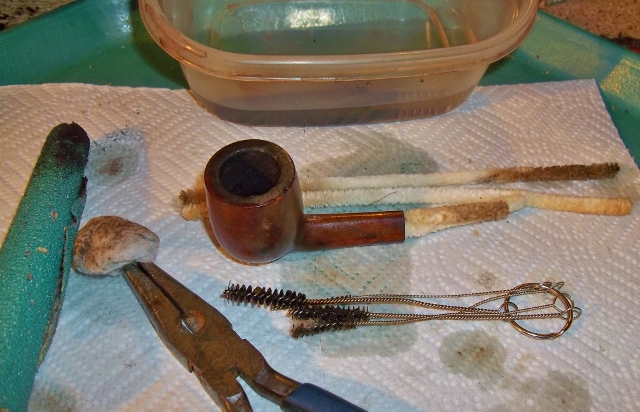 I cleaned out the rim cake and rubbed down the briar with some mild cleaner/water mix. I found a fill right on the edge of the rim. That is gonna be a pain to cover on that sharp edge. I though about topping the pipe down past the fill but quickly decided against it as that would take too much away from originality.

I gave the briar a light sanding of mineral oil and 1200 grit paper to bring some color and life back to briar while avoiding the stamping’s as much as possible. It also helped knock down some of the dry spots in the old finish.

After the soak the stem and stinger  was scrubbed and cleaned. 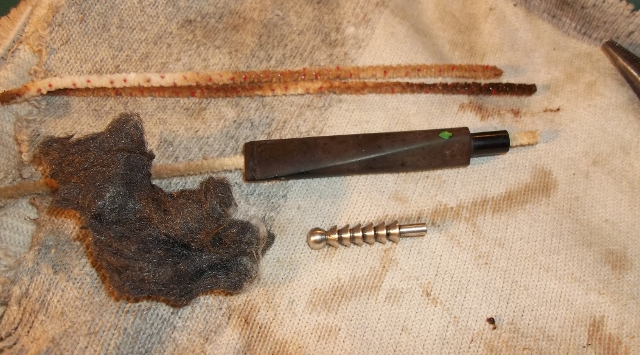 Since there was no real deep oxidation i decided to give the pipe stem  a scrub with Bar Keepers  and a damp paper towel.

The stem has a lot of scratches and the Bar Keepers stuck in them to make seeing them easier. 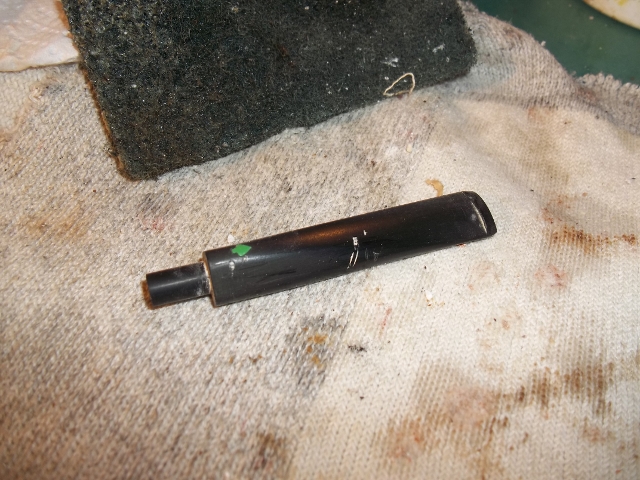 I filed down the spots gently with a fine file.Getting rid of a majority of them. 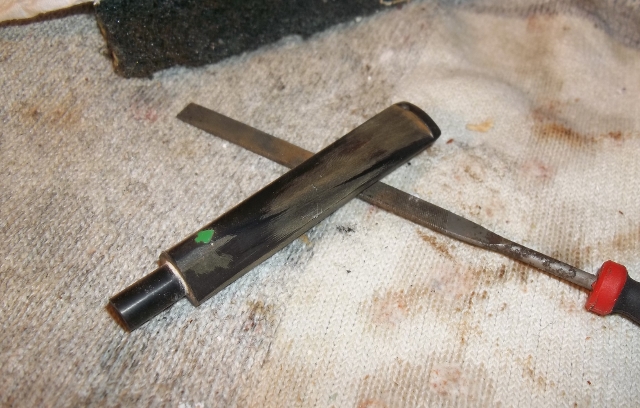 There was a tooth mark right on the button too deep to file out so i filled it with CA glue.

Mixed up some color to touch up the fill. I ended up adding a touch to black to darken it. I had to touch up the spot a few times as i kept buffing it off because of the sharp corner. I cussed a couple of times ill admit , well maybe more than a couple.

Pipe and stem back together with a rub down of mineral oil. After some drying time ill wipe it down and give the Ringmaster some light buffing and wax. 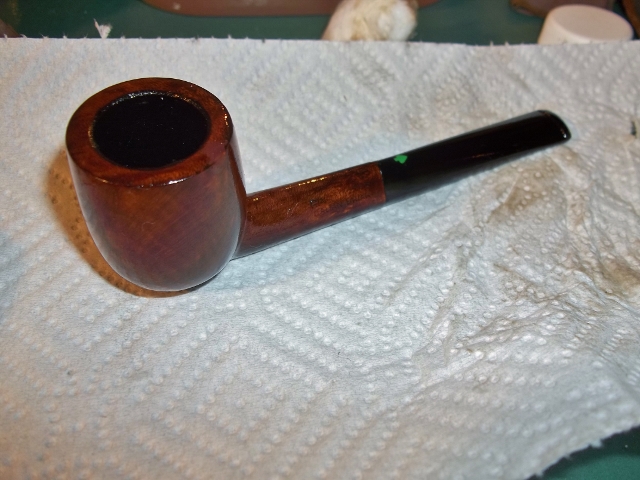 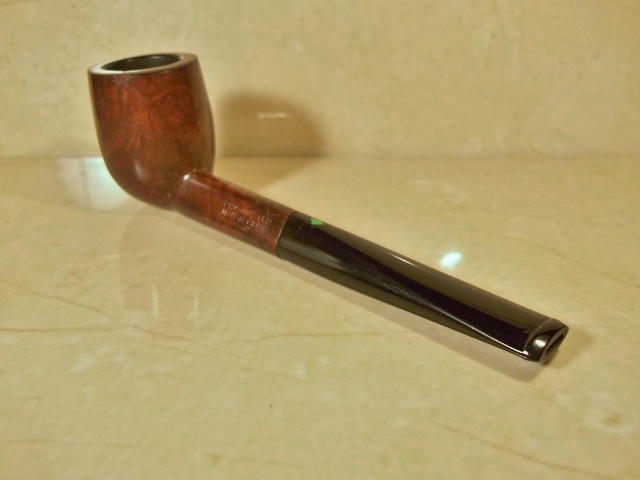 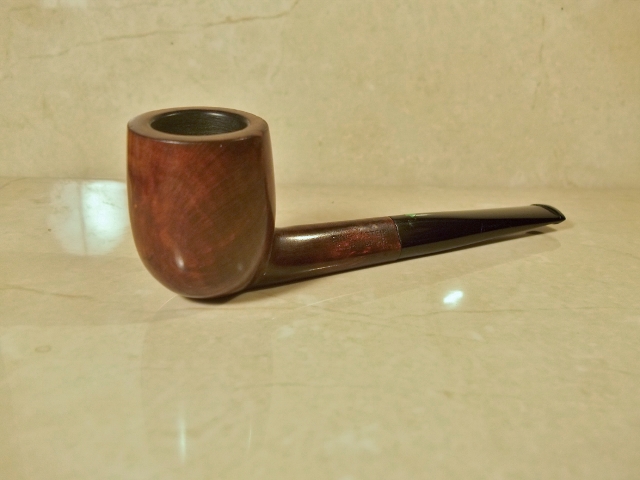 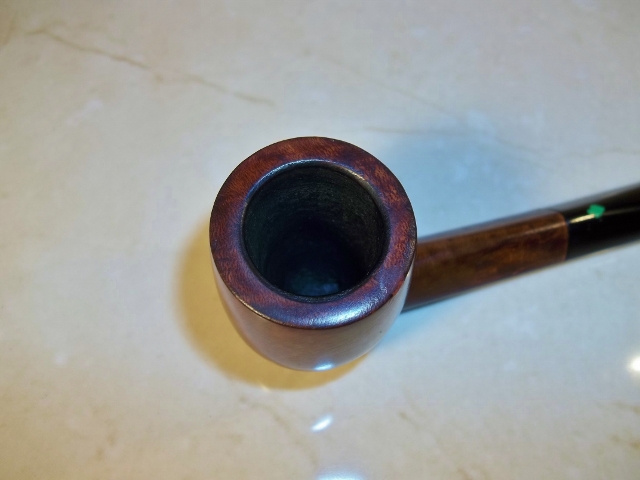 I’m a big fan of the old Linkman /Grabow stingers .I think they  were the best working of all the old stinger pipes. This one honestly though, is just terrible.  It’s very restrictive and makes the pipe draw just awful. Al told me that this is one  of the few Ringmasters he has seen with the factory removable stinger. We agree that most were likely tossed because they perform so poorly.

Stamping’s are in great shape.

I have smoked a few bowls in it so far  (stinger removed). My first bowl was a Va. forward blend and the pipe burned it kinda hot, i was not that impressed. I then switched it to a old codger OTC straight burley . The pipe really came alive ,smoked much cooler and the burley taste great. Its seems fitting that’s what should be smoked in this old American classic drug store pipe. I’m sure it will get even better after  many more bowls. 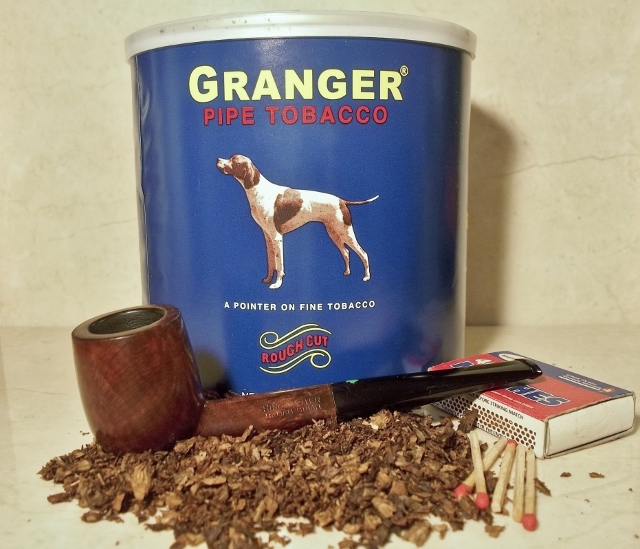 Well thanks for looking at this uncharted shaped Linkman  Ringmaster.

Good smokes to you.